Why Car Security Systems Are So Important 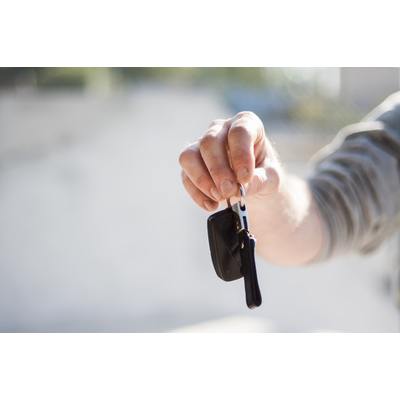 Why are car security systems so important? We take a look at why a car alarm might be worth the investment.

A car is one of the most valuable things a person can own, outside of their house. And not just in terms of expense, either: it’s valuable in that it’s the way you get to work, to school, to the beach, or wherever else your daily life takes you.

So it’s especially worse when your car is stolen, or even just broken into and ransacked of everything valuable inside.

Unfortunately car theft isn’t as uncommon as we’d like. Even as newer cars tend to have alarms built in, it hasn’t seemed to stem the amount of break-ins. 2016 was one of the worst years yet for car theft in Australia: a total of 54,000 vehicles were stolen across Australia. That works out to 148 cars a day! And it gets even worse in the summer months.

Another major reason for the skepticism that surrounds the use of car security systems is a lack of attention when a car alarm goes off. A car alarm can be regulated to be either very sensitive or mildly sensitive. For some car owners, they erroneously set their car alarms to be highly sensitive to the movements around.

The result is a trigger of the alarm by nothing related to a theft. This high number of false alarms over time makes a car owner less worried about the blare of an alarm and reduces his awareness at the time when the real break-in takes place.

The increased temperature in the summer months makes car theft all the more easier. Many unwittingly make themselves vulnerable by leaving a crack in their windows in an attempt to keep the internal car temperature down. Some leave cars behind on driveways as they vacation. And some of us leave our cars parked out in a public beach for days. Car thieves ultimately take notice and get to work. A car security system – when properly employed – can be an invaluable tool in such periods.

A typical car security system is triggered when its sensors are tripped. More modern cars come with pre-installed standard sensor triggers. But these are usually very basic. In its most basic form, a car security system will put off a siren when the doors are opened or when the windows are opened or even when contact is simply made with the car (this occurs when sensitivity levels are set at the extreme).

On the advanced end, a car alarm is set up to sense sounds and actions that are more likely to be the handiwork of thieves before it begins to blare. To do this, it is able to identify increased pressure levels on the vehicle that go beyond regular contact and actions. Such specialist sensors can identify actions such as broken glasses and forceful car unlock.

Going further, an advanced car security system – if set to do so – activates your headlamps upon disarming a would-be car thief, providing a bright path to your vehicle. It can also be set to turn on the interior lights in order to reveal any hidden, lurking assailants. There are a number of useful remote features of an advanced car security system, too, that can come in handy when under attack.

These more advanced sensors are hardly pre-fitted, though, and would require a private installation. Likewise, if you are purchasing an older car model, it is unlikely to have a factory installed. Regardless of which you do employ in your vehicle, you can be sure of its success.

Car security systems – Is it worth the cost?

While you might consider it fairly expensive, the cost of a break-in is much more so. Stolen personal information from your vehicle could put you at risk of identity theft from which you may never fully recover. This is beyond the cost of the vehicle itself and any other valuables it may hold. In the end, the long-term protection you derive outweighs any initial costs you might incur by some distance. Besides, car alarms are budget friendly.

An extra benefit you stand to enjoy upon installation of a car alarm is reduced insurance costs. Insurance providers consider vehicles with car alarms as low-risk options and allow you to pay a lower premium on them.

Whether you choose to go high-tech or you are okay with a more budget friendly version, a car security system is a must-have for your vehicle.

At Street Sound & Vision (SSV) Car Audio we specialise in

Offer valid for weekly special only

At Street Sound & Vision (SSV) Car Audio we specialise in all aspects of In-Car Entertainment, Security, Safety, and Convenience features for all vehicles.